Dio Brando, known simply as DIO from Part 3 onwards, is the main antagonist of both Phantom Blood and Stardust Crusaders. However, his influence is felt through all of the first six parts of the series up to Stone Ocean, with major characters being directly connected to him.

Originally a man of low birth but peerless ambition, Dio is a villain of little conscience, vast cunning, and an insatiable hunger for power. After becoming a vampire and later a Stand user, Dio has gathered around him many minions and is responsible for many major events of the series, from the death of Jonathan Joestar to the Joestar Family's sudden acquisition of Stand power, and his legacy persists throughout the series.

Dio's most recognizable characteristics are his boundless ambition and his love of power. Abused by his father and having lived in the most miserable living conditions, Dio set for himself the goal of becoming the richest, then the most powerful being on Earth. To do so, Dio used anything or anyone that he could in order to further his goals, disregarding any kind of morality that would restrain the range of actions available to him. Using either manipulation, seduction, or plain violence, Dio constantly sought to become more and more powerful. Dio enjoys being in a position of power and has repeatedly stated how great he felt being in a dominating position. On the contrary, Dio never tolerated that someone could stand up to him or equal him in power, and was enraged and deeply disturbed at the thought several times.

Throughout his life, Dio has tended to surround himself with witless cronies and later minions, who were attracted by his natural charisma. Not thinking much of them at first, he then selected those he deemed as particularly evil, claiming that an evil person wasn't bound by rules such as honor and thus were stronger mentally. This belief culminated in including the absorption of 36 souls of sinners, or, as he claims, particularly strong souls, to unlock a power greater than that of his Stand, The World.

Naturally, Dio is an incredibly-selfish person, only looking over his own interest and overlooking those of others at best, trampling them on the ground at worst. Due to his composed nature, Dio can and will manipulate and take from any gender, using any method, as long as the person suits his present desires. Since he is selfishly interested in their capabilities, however, Dio is the type who is incapable of loving another person wholeheartedly. The only people he can be said to have held some type of affection for were his mother, Jonathan Joestar, and Enrico Pucci; Dio recognizing Jonathan's worth as equal to his own, and having been friends with Pucci. Still, Dio stole the former's body and his friendship with the latter was proven nonetheless beneficial of a grander plan to further himself.

When interacting with someone, Dio will constantly try to manipulate them and sway them into his side, using a veneer of gentleness and his natural charm to make people admire and like him. For instance, he acted the model son and popular charismatic friend to Jonathan's father and entourage to better isolate him, and as a Vampire, his charisma only increased as he appeared as a charming mysterious individual. However, his natural arrogance would lead him to openly insult and belittle his enemies, notably disparaging their insignificant strength before his vampiric or Stand powers. 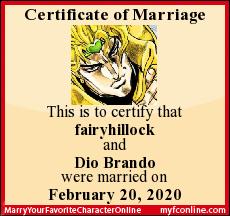 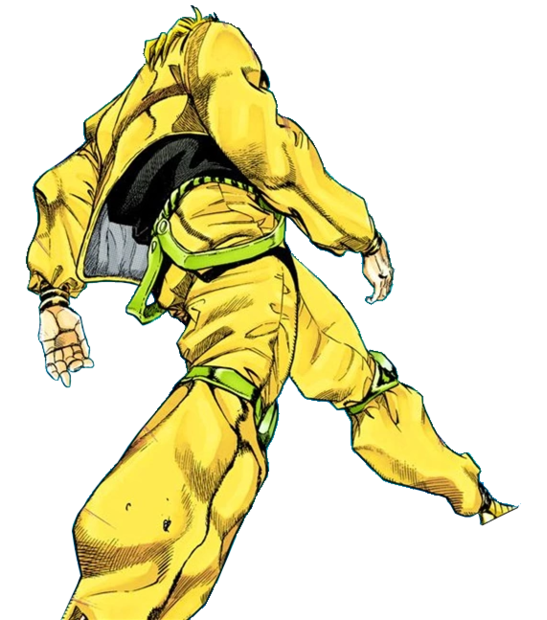 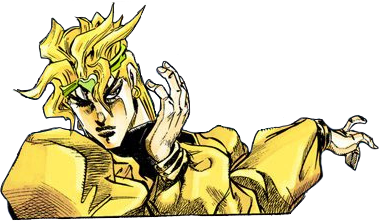