You approach the shape, feeling the waves come in and wash over your feet. You are compelled to walk further, and you go deeper into the ocean, following the enticing voice. The shape comes closer to meet you, a beautiful person just barely surfacing. You lose yourself, following their guidance deeper into the water until you are fully immersed.

You feel your body shift and change.
You are one of them now, and you are free.

My love for and projection on depictions of sea people started early in my childhood. I would watch my grandfather play The Legend of Zelda: Twilight Princess on his Wii when I visited his household every summer. The Legend of Zelda features a species called Zora, and while their characteristics vary across the series, I was immediately enamored with them. I wanted nothing more than to be one of them, living in a beautiful amphibious palace. To this day, the only way I know how to swim is the Dolphin Kick technique, because the Zora swimming with their fins was what I imitated at the pool!

This interest in sea people was further strengthened as I was, as a child, also obsessed with Greek mythology. The tale of the seductive siren fascinated me, and I idolized the concept of being so attractive that I could trick people into drowning themselves. (Does that implicate something about my personality?)

You could say my fascination with the sea began even before Twilight Princess and Greek mythology. My first special interest as a very young child was marine biology! I would read everything I could about the ocean and the life therewithin, and it was my favorite thing in the world. Perhaps the otherworldly beauty and strangeness of the sea was what drove me to fantasize about being a part of it.

As I have grown older, I have integrated more depictions of sea people into my repitoire. I watched Ponyo during my early adolescence, and I really loved Ponyo's parents. Her mother is massive, flowing, and beautiful, a perfect anthropomorphization of the ocean, and her father is... um... charismatic, haha! I really liked that he was a sea wizard who had to spray sea water along where he stepped to keep himself from drying out, it was really creative and cute. The depictions of the ocean and its creatures were beautiful too ofc.

More recently, I began researching my heritage. I am partly of Scottish and Irish descent, and through this confirmation of a speculative part of my family history I began looking into Scottish and Irish folklore! A figure in these cultures' mythology (though moreso Scotland's) is the selkie, or seal folk. They are creatures who can be human in form or, with the help of a seal skin, a... seal, obviously. The typical selkie tale depends on the gender of the selkie.

Female selkies are often relagated to tales of men stealing their skin, finding her naked on the shore, and compeling her to being his wife. The selkie may have children with him, but once she discovers her skin, she will immediately abandon him and their children and return to the sea. Male selkies are conversely depicted as enticers of human women, and are very handsome in their human form. They typically seek those who are dissatisfied with their lives, such as married women waiting for their fishermen husbands.

The selkie is now my go-to escapist fantasy regarding sea-dwelling people, as I particularly have always loved shapeshifting. It is also just cool to have a mythological concept that relates to something close to my heart that comes from my own ancestry. As an autistic transgender man, I often feel out of place in this world and my own body. Maybe I just need to look for my skin.

I have heard many a tale of transgender women being fascinated as children with mermaids. Fascinated with a depiction of a woman who doesnt have to worry about whats between their legs. I believe a similar reason may be why I latched onto Zora as a transmasculine young boy. While I have come to love merpeople, I was not really a fan of mermaids as a child. They were too feminine for me to connect with generally, but you know what was an androgynous aquatic society? Zora!

While male and female Zora are still depicted differently and along cisnormative lines of gender, I think most would agree that they are more androgynous than humans. Female Zora have breasts, but they're just nippleless flesh lumps that arent sexualized or seemingly part of a Zora for any purpose. And all Zora are ken-doll smooth, even going completely nude besides the occasional helmet or decorative body jewelry. My fascination with Zora may have partly been because of this reason!
Also they're just cool fish people. 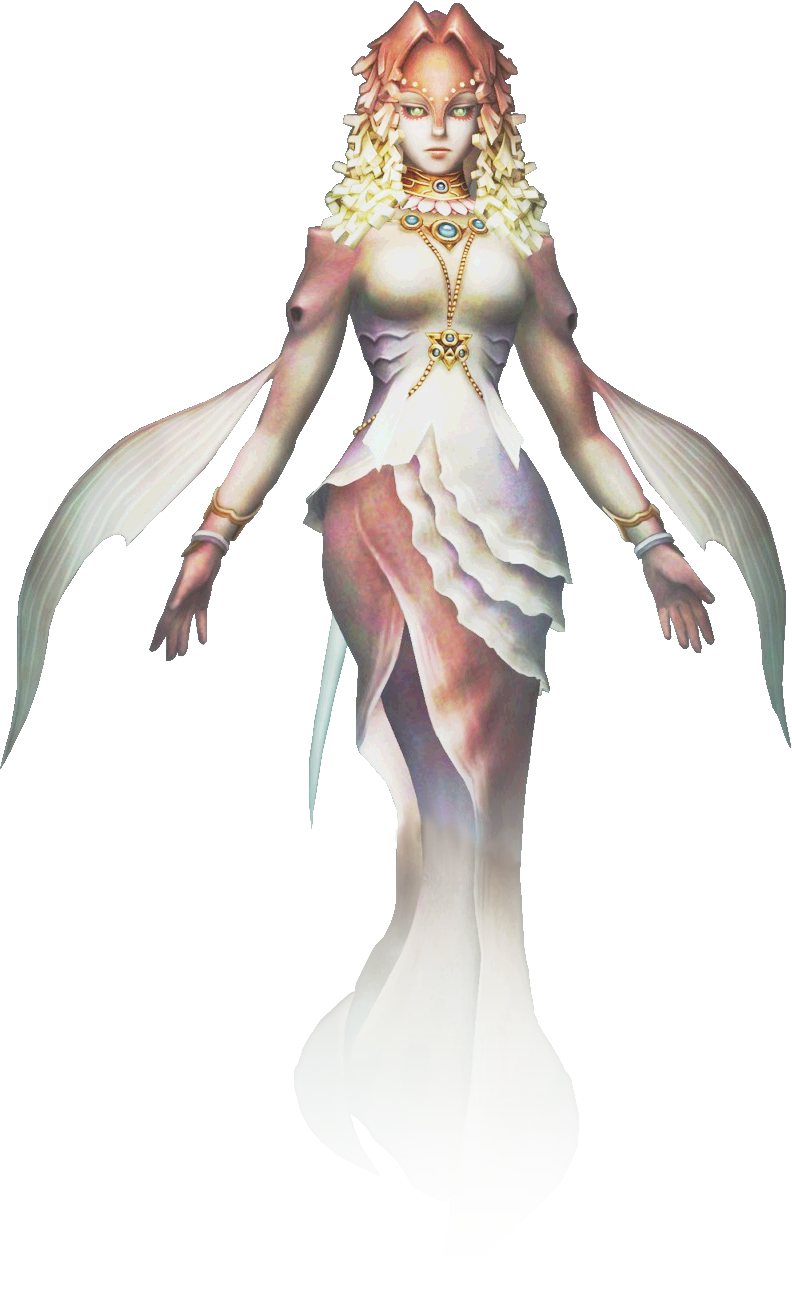