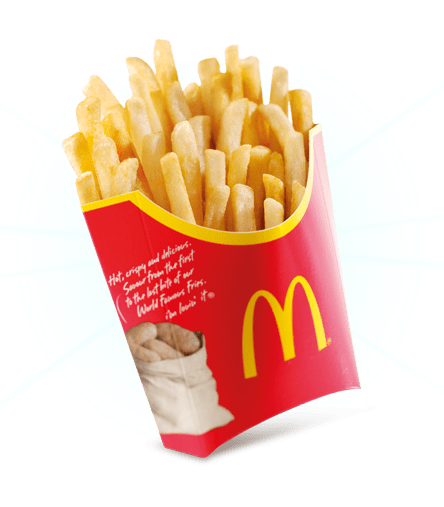 French fries are served hot, either soft or crispy, and are generally eaten as part of lunch or dinner or by themselves as a snack, and they commonly appear on the menus of diners, fast food restaurants, pubs, and bars. They are usually salted and, depending on the country, may be served with ketchup, vinegar, mayonnaise, tomato sauce, or other local specialties. Fries can be topped more heavily, as in the dishes of poutine or chili cheese fries. Chips can be made from sweet potatoes instead of potatoes. A baked variant, oven chips, uses less oil or no oil.

Some varieties of french fries that appeared later have been battered and breaded, and many fast food chains in the U.S. dust the potatoes with kashi, dextrin, and other flavor coatings for crispier fries with particular tastes. French fries are one of the most popular dishes in the United States, commonly being served as a side dish to entrees and being seen in fast food restaurants. The average American eats around 30 pounds of french fries a year. 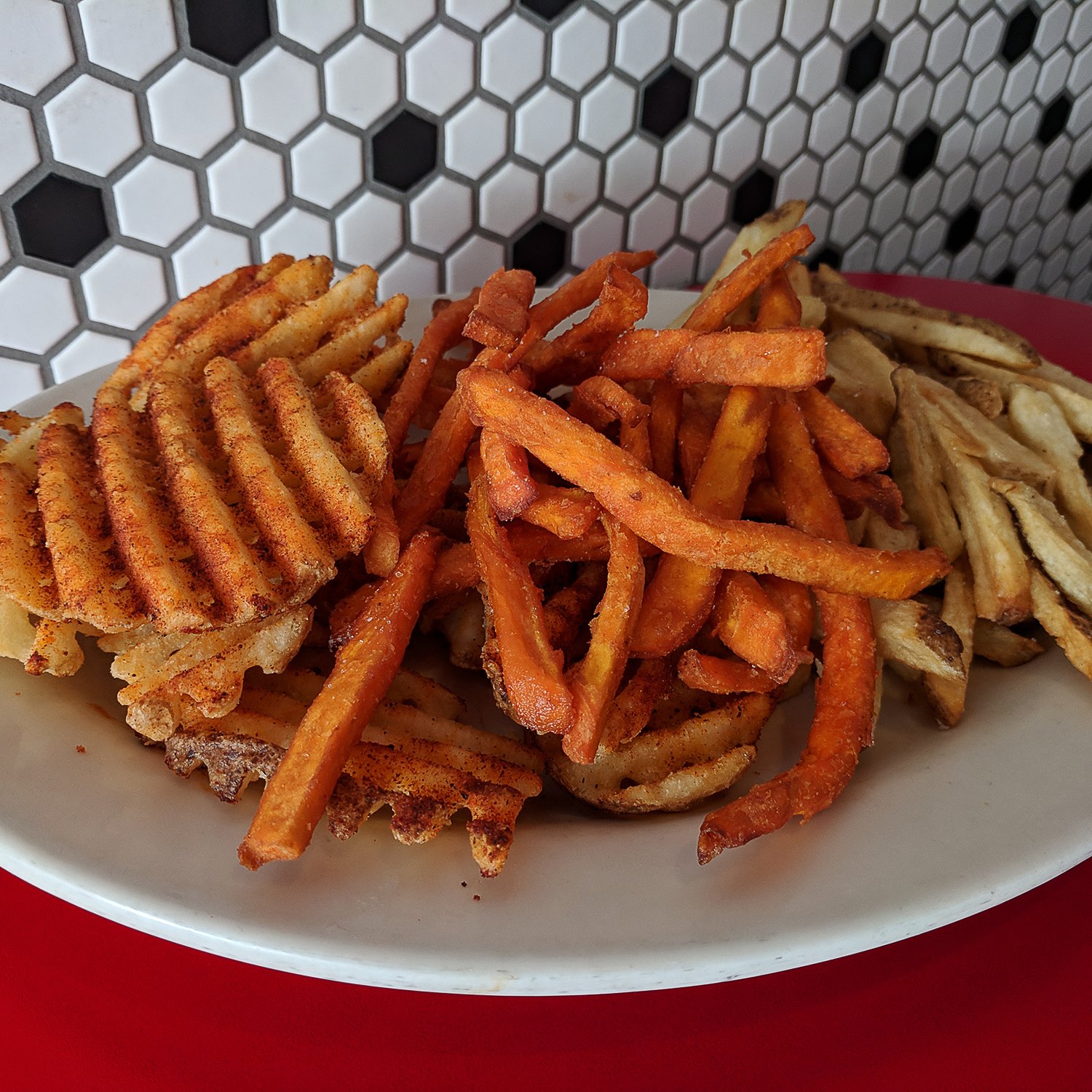 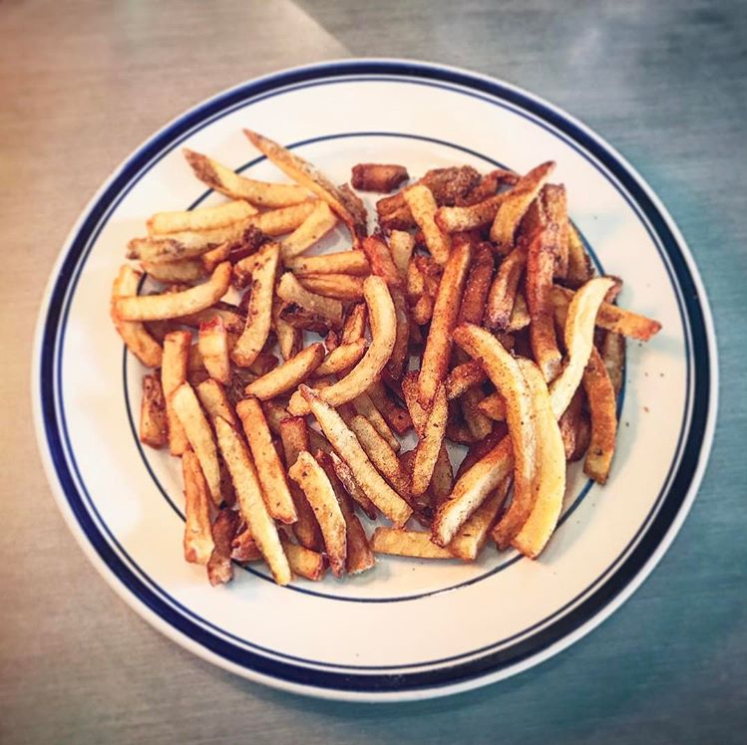 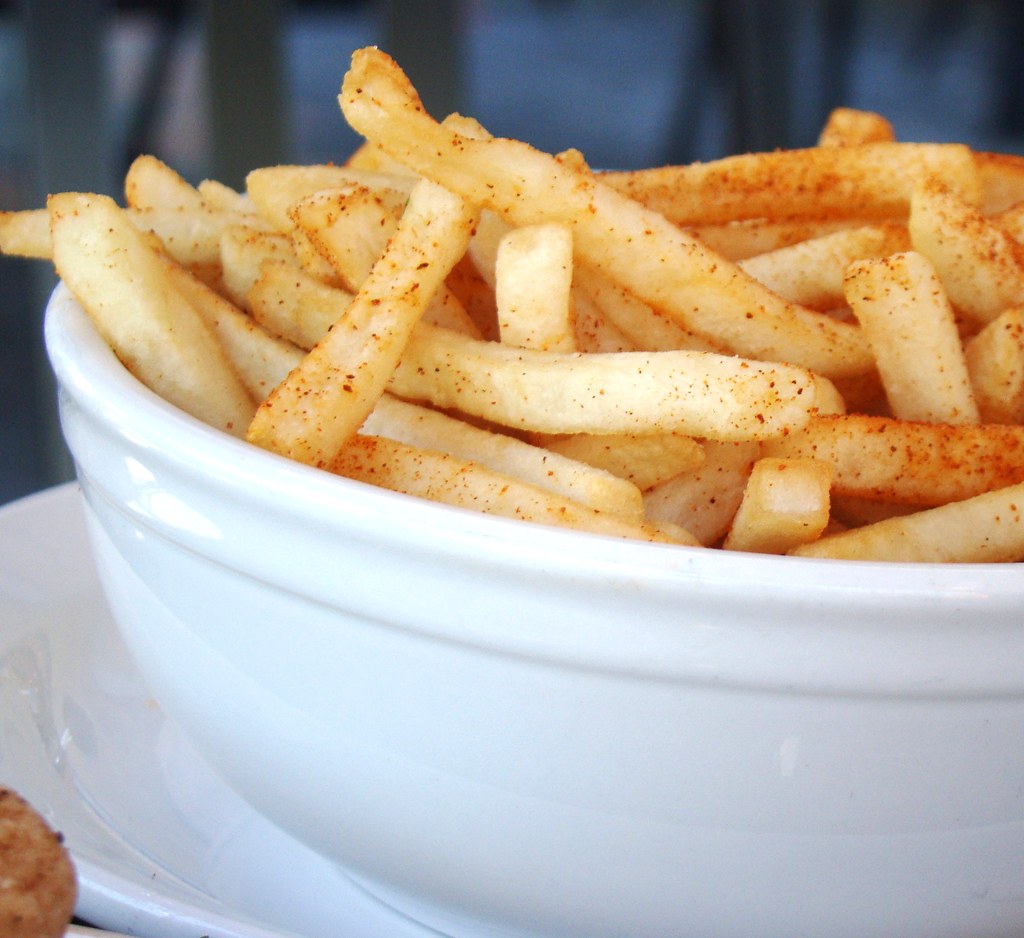 Due to my being autistic, I am extremely sensitive to food. I eat a very small selection of foods in my daily life, and I haven't even tried practically anything. I am also vegetarian, so my options are even slimmer in general.

One of my earliest comfort foods, or more specifically "samefoods", is french fries! When I was a young child I would get Mcdonalds Happy Meals with my grandma. We would split them, her eating the burger and me eating the fries.

Some fries I like other than the basic Mcdonalds/Burger King/Steak 'n' Shake are Chicago Diner (left), Comet Cafe (middle), and Native Foods (right).

I have never had sweet potato fries. I will eat fries from basically anywhere, but I HATE Wendy's fries. They're way too fucking salty, like I can't even enjoy the fry because it's fucking doused in salt. I like seasoning! I like salt! But it is fucking OVERPOWERING to the point that its disgusting. There are ways to flavor fries besides salt. Goddamn. Also their tomatoes are grown with slave labor so whatever. 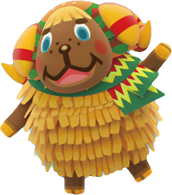 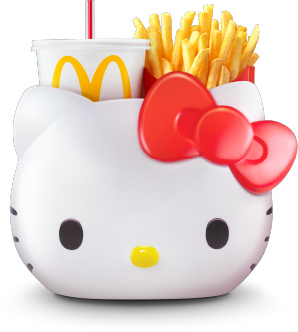