Kazuma Kiryu is the former main protagonist of the Yakuza series from the first Yakuza up until Yakuza 6. His legendary ascent through the ranks of the Tojo Clan earned him the nickname "The Dragon of Dojima". He was the fourth chairman of the Tojo Clan and previously managed Morning Glory Orphanage.

Kiryu is the honor-bound dreamer of the dark Yakuza world. He is not the type to judge others and is generally accepting of anyone who is friendly towards him. He lives by a strict code of honor and holds a very strong sense of justice. While he is extremely kind and goes out of his way to help civilians, he considers himself a Yakuza at heart, commonly using violence above words, so long as it is justified.

He generally lets his actions and mannerisms speak for him when possible. He tends to be the listening ear to the world, giving advice in response to his environment rather than seeking out conversations. He is wise but certainly not all-knowing, and generally means well for those around him, which makes him surprisingly pragmatic and well-liked.

Kiryu loves kids and shows himself to be a relatively competent caretaker to the children at Morning Glory Orphanage. He is genuine and understanding, bonding with the children through shared experiences. He tries to treat them all as fairly as possible and goes out of his way to keep them all safe and happy, whether that means putting on a wrestling match to cheer them up, or refusing to sell the land even in the face of a large sum of money.

He sees the world in a more idealistic sense than a realistic one, though as Kiryu gets older, the realities of life start to sink in and he gains a soberer (but still rather idealistic) view of the world, especially after he is forced to leave the orphanage.

Kiryu tends to open up significantly around those he is comfortable with, though the people who he considers "friends" are few and far between.

Kiryu appears to be somewhat awkward when it comes to romance, and generally does not display much interest in pursuing women. When faced with a potential relationship with one of his female friends, he repeatedly turns her down. When asked about it by his employer, he is unable to come up with a reason why. 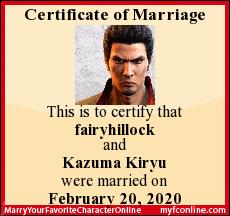 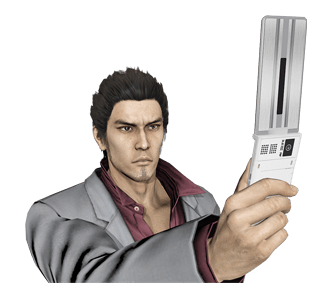 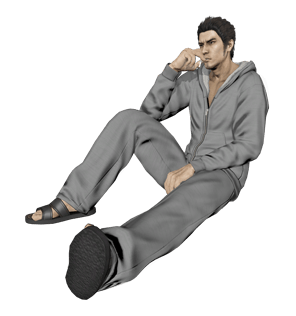